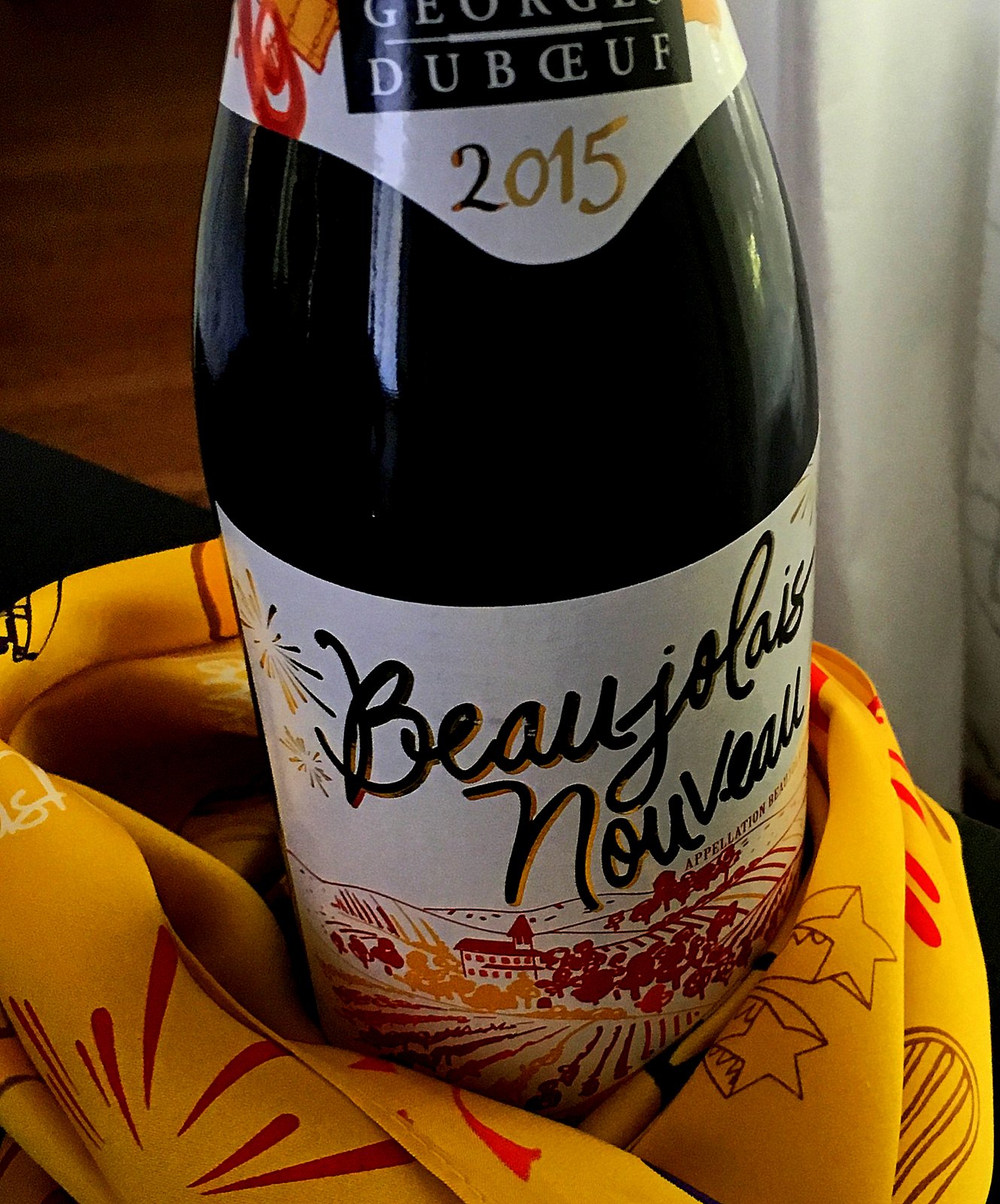 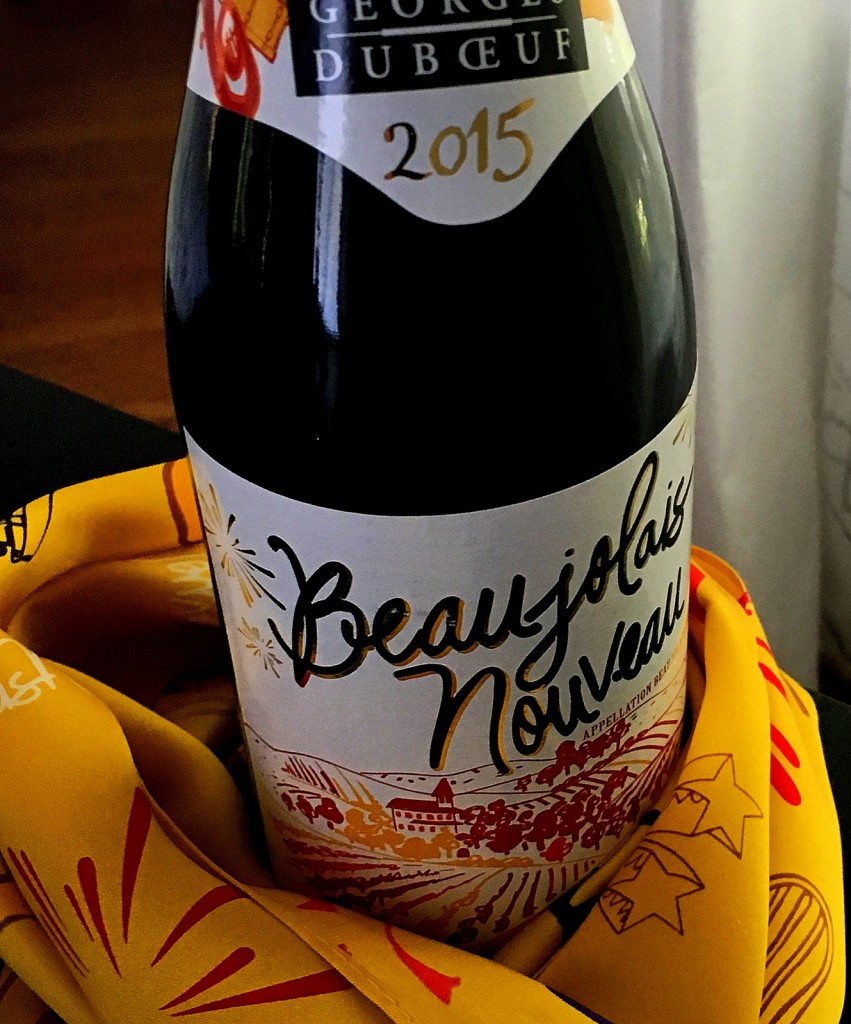 Which tends to bring two reactions from the serious wine world:

So #WineWednesday peeps. Are you going to celebrate the harvest and drink #beaujolaisnouveau2015 this year?

2. Earnest blog posts on how you really shouldn’t be drinking this super-young, super-fruity wine but should be concentrating on the region’s conventionally aged (and admittedly fine) “cru” wines.

To which I can only say, Lighten up!

The reason people like nouveau Beaujolais is because it’s fun. And if there’s one area of the beverage world that could use a little more fun it’s wine. There was a time when producers would go all out with schemes to get to market first for the 12:01 a.m. release time. This started with races from Beaujolais to Paris and extended to other parts of the world. Things are a bit calmer now with wines shipped in advance, but there’s still a bit of a holiday feel about buying and cracking open a nouveau Beaujolais.

And of course yes, there are great cru wines from this region, some of my faves are from the Fleurie region,

This year’s celebrations included 50 winemakers driving around Paris in vintage Citroen’s stopping at landmarks like the Eiffel Tower. Nothing is quite as it was in Paris following the tragic attacks last weekend, but organizers decided to go ahead, incorporating memorials to the dead in their ceremony. Here’s a good story from Quartz about the way Beaujolais day looks in Paris this year.

The big producer is Georges Dubouef, which has sent a zingy, fruity product to market this year, priced at around $10.Classic purply red color with aromas of banana and cherry cola (when we say fruity, we’re not kidding) and a taste of tart cherries with a bit more banana on the end.

I won’t lie to you. While I like bananas and cherry cola as much as the next person, this is not a wine to be sipped solo. But, happily, it gets along with food just fine and in fact is a rather good pairing for Thanksgiving; the tartness cuts through some of the heavy sweetness of the traditional dishes and really helps that dry turkey breast go down.

DuBeouef sent cute little scarves out with its samples this year. So having a beret handy from Child One’s job at that Gallic institution, Paris Baguette, and having a willing model at hand in Mr. Ho I present this picture which I think perfectly sums up the festive spirit of nouveau Beaujolais.

Here is Mr. Ho’s tasting note, btw: Not bad. I quite like it. Did they send it to you for free? 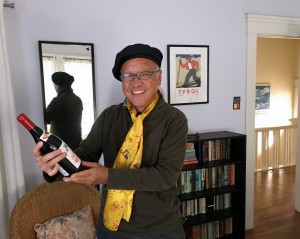