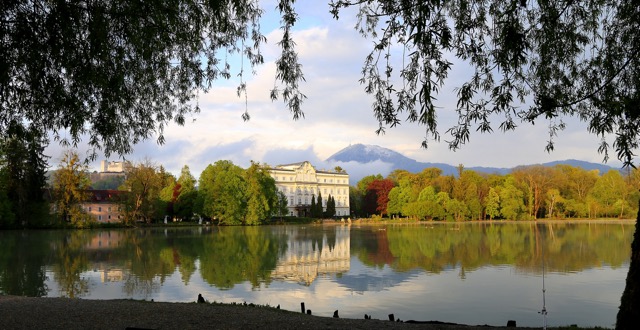 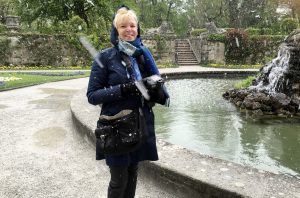 I was chilled, I was damp, I was lost not for the first time that day having decided to go it alone, armed mainly with Google maps. And you know what? I was loving it.

The fact is, if you are a true fan of the Sound of Music, as I am, it’s hard to have a bad time in Salzburg. The city really is the star of that film and, being ancient to begin with, really hasn’t changed much. It feels like you’re touring a Hollywood backlot, but these facades are for real.

How you choose to see Salzburg is entirely up to you. There are several bus tours which can be a hoot. Here’s a link to a good one. It’s fun to hang out with people with shared interests and the advantage to taking an organized tour is you’ll get to visit the lake and hillsides featured in the movie’s stunning opening shot. (Did you know Julie Andrews had a hard time standing upright because of the downdrafts from the filming helicopter?) Or you can do as I did and basically wander around. There are enough recognizable landmarks that locales will jump out at you even if you don’t find every last place. (I confess. I could NOT find Nonnberg Abbey even though I realize in retrospect that I must have traipsed past it at least twice.) 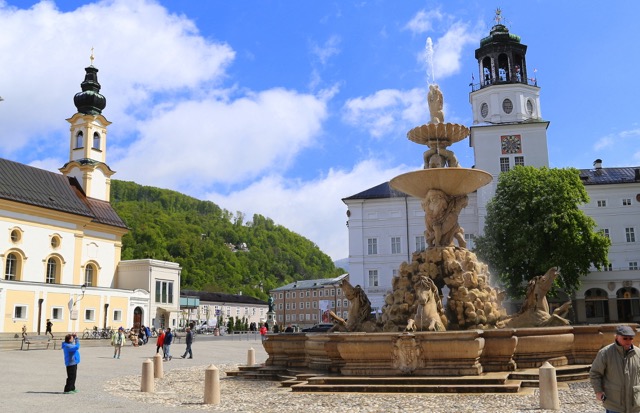 When should you go? I would caution against going in late July/early August unless you are very comfortable with crowds and sultry streets. Also, check the weather; it rains quite a bit here. I was not expecting a substantial snowfall in late April, but that is what I got. On the one hand, not ideal sightseeing weather, but on the other hand the place was fairly deserted; I had several locations all to myself which warmed the cockles of my misanthropic little heart.

And I stayed in the very fantastic Leopoldskron Palace, which is where the garden and boating scenes were filmed. The Palace itself is a crazy, baroque spot where you can rent suites for a tidy sum. Next door is a more industrial-looking building owned by the city of Salzburg and used for seminars where you can rent a small but clean room. Walk around the lake for a good view of the back of the building, featured early on in the movie. You’ll have access to most of the palace and get to eat the buffet breakfast there in the spacious dining room  with windows overlooking the lake. Also here, the Venetian room, with gilded and mirrored walls that inspired the movie ballroom. Be warned, the real deal is much smaller and has a huge old-fashioned stove taking up one corner. But, still. There’s a small but serviceable bar near the front door of the main hotel where you can order an Aperol spritz (Austria is crazy for this Italian cocktail; you’ll find them pretty much everywhere.)

And on that day in April, that is what I did after a brisk walk back from the Winkler Terrace and the spot, or maybe not, where Do-Re-Mi rang out. Sitting in the ornate palace, glass of bright orange comfort in my hand, I looked out at THE lake and saw THE mountain and THE steps where the flustered and drenched Maria confronted her angry employer.

Aperol spritz and movie magic—two of my favorite things. 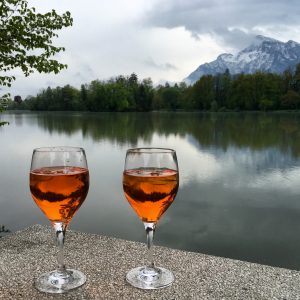 STAY: Schloss Leopoldskron  Site of several garden scenes, set on the (surprisingly tiny and man-made) lake featured in many shots. Short walk to the main town. You can also stay at the actual house where the real-life von Trapps lived, not featured in the movie. Villa Trapp.

SEE: Can’t go wrong walking around Salzburg. Look for the Mirabell Gardens where Maria and the children skip around a fountain and run through a hedge tunnel while singing Do-Re-Mi. To get there from the town you’ll cross the Mozart footbridge, also featured and scenic in its own right. (Oh, yeah, Mozart was born in Salzburg. You can go by his house if you like.) Residenzplatz, the huge square with the beautiful horse fountain is hard to miss. Here’s a page with lots more links that can help you plan your trip.

And a few more things …

DO watch the 50-year anniversary edition of the movie before you go. There’s an interview with Julie Andrews that goes into detail about movie locations. (Take it with you, if you can. I got a huge kick watching the movie while looking at. the. actual. lake. If you are a mega-fan, go ahead and read the original book by Maria Von Trapp, The Story of the von Trapp Family Singers. It’s an entertaining read and will possibly surprise you. For instance, the family’s journey out of Austria was uneventful; they got on a train and left. BUT, on the other hand it turns out there was an autocratic lady who fancied the gallant captain and was quite snarky with real-life Maria. (FYI, the baroness is my heroine.)

DON’T get taken in by appearances. People will tell you the suspenseful graveyard scenes (Rolf, how could you?) were shot at St. Peter’s Abbey. And the abbey was the inspiration for the set, but that set was in Hollywood. Ditto the gazebo where the luminous Liesl dances with Rolf. The dance scenes were shot in Hollywood. A second, smaller gazebo was built and set up at Leopoldskron Palace for exterior shots. Because too many tourists came by to see it post-movie (it wasn’t a hotel back then); it was moved to its current location at Hellbrunn Castle. The castle has beautiful gardens and is worth a visit. The gazebo is cool to look at but small and locked. You take your picture and move on. 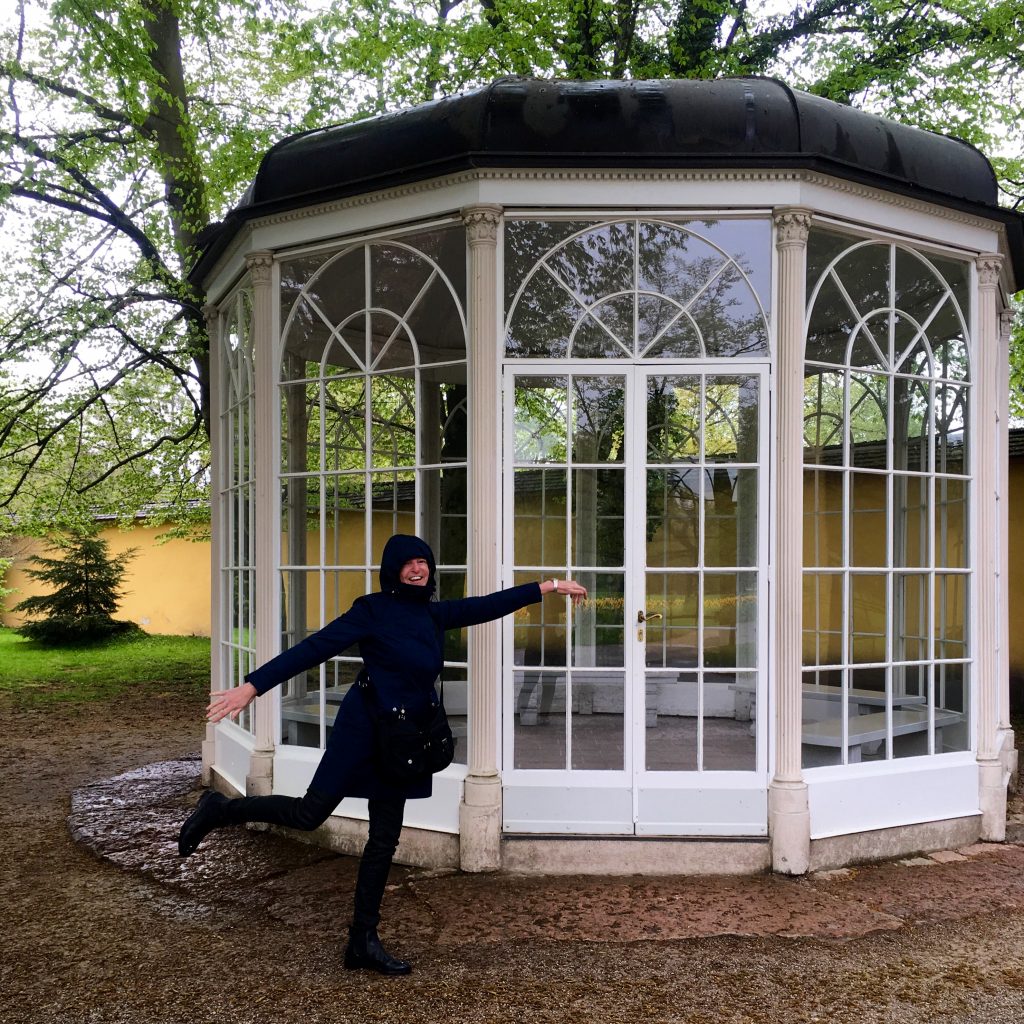