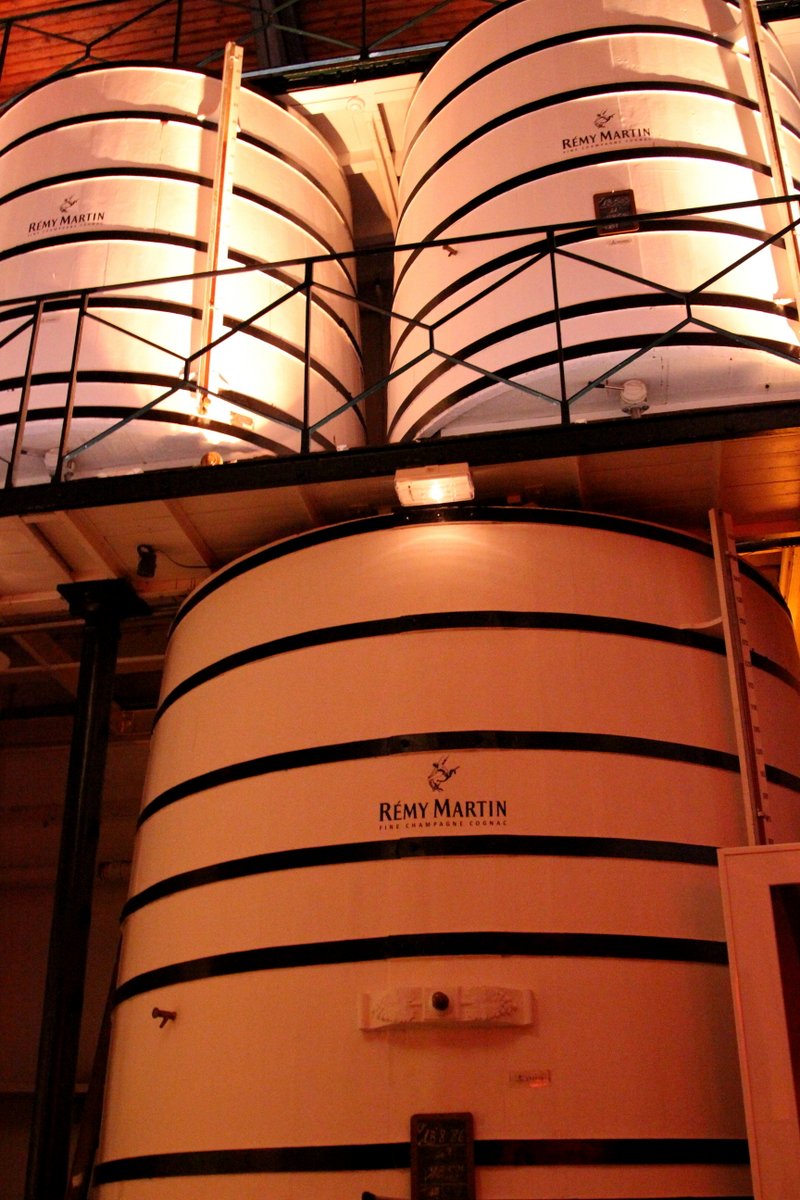 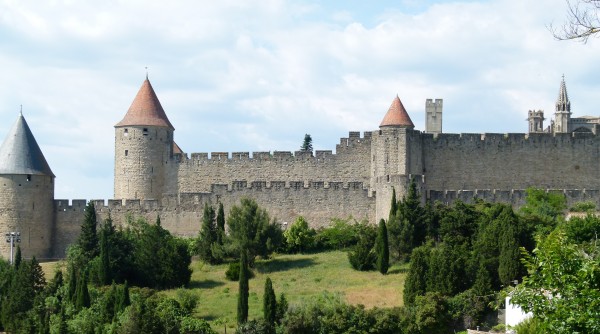 The ancient walled city of Carcasonne had me before hello.

Just driving up to the fantastically fairy-tale expanse of walls, turrets and towers was so infatuating that I was among those asking our driver to pull to the side of the road to get a quick picture. END_OF_DOCUMENT_TOKEN_TO_BE_REPLACED

TripAdvisor has released travel trends for 2013 and the results are quite interesting.

Why was I wandering the mean streets of London’s East End approaching strange men with the plaintive query of, “Are you Richard?” Settle in, people, and I will tell you why.

It began innocently enough.
My traveling companion, to whom we shall refer as the Trained Observer, and I wanted to take a “Jack the Ripper” nighttime tour following in the footsteps of the still-unknown serial killer who terrorized the Whitechapel area of London in 1888. So we booked tickets with an outfit that promised the ultimate in touristic terror and off we went.

First hitch, the designated meeting point, Exit No. 3 at the Aldgate Tube station. Guy manning the entryway had never heard of Exit 3. Some aimless wandering around commenced and the Trained Observer was just about to fall in with my suggestion that we give up on the tour and murder a couple of pints instead when someone had the bright idea of walking over Tower Bridge since it would “only take five minutes.”

As we walked towards the bridge we saw not one but five groups of what were obviously J.T. Ripper tours. One was led by a Scot describing the gruesome “merrrrders,” another was led by a fellow in a cap, a third was guided by a plummy-accented professorial type and a fourth by a young man in a Harry Potter-style cape and a bowler hat. (The fifth group was led by a young woman who was clearly not our quarry since we were looking for a guide named Richard.)

So began the “are you Richard?” quest. All denied it so we tagged on to Scottish guy’s tour, which was the closest.

In case you need a primer, the Jack the Ripper murders are one of the great unsolved mysteries. There were 11 murders in Whitechapel from 1888 to 1891, but five of them, taking place from August through November 1888, are widely considered to have been the work of the Ripper. The crimes are notorious because the victims, all women, had their throats slashed and their corpses mutilated with, in some cases, organs removed, The fifth victim, Mary Kelly, was skinned. There are various suspects ranging from a penniless immigrant to a lawyer/schoolteacher. (And conspiracy theories go a lot further..) You can find a fairly dispassionate history of the case here.

The East End has been refurbished and is no longer the seething stew of poverty and despair it once was, which gives a piquant sense of surrealism to tours of the Ripper’s haunts. It’s a little jarring to visit the doorway where a victim’s bloody apron was found and find it’s now the takeaway counter of the Happy Days fish and chip shop.

Still, there remain narrow, red-bricked alleys that can conjure up a little of the foggy mystery of the 19th century, and I was taking photographs of one of these when the second hitch developed in my tour; I looked up to see my group had vanished, along with the Trained Observer, who apparently had not observed my absence.

Did I mention that I had forgotten to bring my cell phone? And did I further mention that it was 124 years to the day that the so-called Double Event, a pair of murders on the same night, had taken place. To the day, friends.The two murders were called the “double event” in a message written in red ink on a postcard that was sent to police by someone who claimed to be the perpetrator and called himself “saucy Jacky.”

Just then the overhanging sign of the (deserted) Duke of Wellington pub began to sway gently in the windless night emitting a spine-tingling “cree-eak.”

Admonishing myself sharply to “Pull yourself together, girl,” I walked briskly along for what seemed like ages looking for sight or sound of the group. I saw Professorial Guy who had finished with his tour and who walked swiftly around the corner when he saw me. I found an entirely new, German-speaking Ripper tour. Then I saw Cap Guy who also had finished his tour. He veered away sharply at my approach but wasn’t as nippy as the professor and I was able to corner him and inquire if he knew where “the group led by the gentleman from Glasgow” went. He allowed that it could be in front of us, so we started walking to Spitalfields Market.

“The part about the skinning?”

He nodded and added, “luckily she wasn’t hurt. It’s a real problem if they fall on their heads and are injured, I have to stop the whole tour and call an ambulance.”

He could have been shining me on I suppose, but he seemed very matter-of-fact about it and I was inclined to believe him. Who knew the life of a “ripper-ologist” was so fraught with hazard?

Sadly, my group was not at the market, but as I turned away I saw Cape and Bowler Hat Guy leaning up against a wall and having a quiet cigarette.

“Listen,” I said, “I’m not stalking you, but do you know where the Scottish guy’s tour usually ends?” A look of guilt crossed his face as he said, “Oh, you were the one looking for Richard?”

“Actually, Richard’s my boss, I should have explained that to you.”

He started to babble about how I could call the office for a refund but I cut him off with an imperious wave.

“I’ve moved on,” I said, “took a different tour, lost my group including my traveling companion. I’m tired, I don’t have a phone, my feet are killing me and I just need to find the Scottish guide’s group so I can find my friend and go home.”

“Take Toynbee Street, turn right then left and you’ll find him,” he said,

In retrospect, I suspect he was just trying to get shot of Annoying American Lady. But the joke was on him. I took Toynbee Street, I turned right, turned left and what to my wondering eyes should appear but the Trained Observer.

“Oh, there you are,” she said calmly.

Sometimes the stars line up just right, which is why I’m able to bring you a review of what it’s like to fly first class on Delta’s transatlantic Business Elite service.

It happened on recent flight back to the United States and was due to an upgrade, oh blessed, blessed upgrade. The flight was from Heathrow to San Francisco with a connection in Minneapolis and for the important leg of the trip, the crossing the pond bit, I flew Delta Business Elite.

Even though I am neither very business-like nor elite.

As it happened, there was a little bit of excitement before we boarded because this was the morning a plane had mechanical troubles after taking off from Heathrow and had to return for an emergency landing after streaming smoke across the sky above London.

Do you know how disturbing it is to sit at the gate watching footage of an injured plane making an emergency landing in the very airport you are about to take off from?

Normally, I would have freaked the freak out. But not this time. I was too excited thinking about the luxury in store.

Being elite and all I was at the front of the line and was zipping along when a guy with a mere premium economy ticket, wearing, incidentally, a black turtleneck and tragically hip glasses, tried to step in front of me. Did I remonstrate vulgarly? Try to cut him off with my 19″ spinner? Not a bit of it. I merely paused and gave the pained stare of the privileged while a gate agent quickly stepped forward and blocked Mr. Turtleneck with a stern, “Just a minute, sir.”

I sailed serenely forward to my cabin in the sky.

Oh the space! The pristine leather seat! The flight attendant greeting me with a smile and a drink! I had a window seat which meant I essentially had my own little mini-cabin, ample storage space above, all kinds of extras including a TUMI Dopp kit filled with essentials and, of course, a good sized screen loaded with more entertainment than I could reasonably get through in one flight.

The food — well, to be perfectly frank, the food was still airplane food. Served on china with real cutlery so it was definitely superior to being back in steerage sawing away at rubber pasta with a spork, but that’s about it. The appetizer of smoked salmon was tasty, but the main dish was your basic chicken.

(Making airplane food tasty is a real headache. Apart from the logistical problems of having to chill and reheat the meal, there’s also the issue that our tastebuds are dulled in flight. It turns out Delta is about to launch a televised competition for a new airline chef, I’ll have more on that next week.)

But food, drink, entertainment — these are just foreplay. The real draw is the flat-bed seat, available on the 767-400ER I flew. I was worn out from a week of gin tasting — Don’t laugh. It’s exhausting. — and could not wait to set that bad boy down and bundle up in my comfy duvet. With full-size pillow!

I know what you’re thinking. How much more was all this? Too much more, I am sorry to say. The regular ticket is about $1,500; flying business is more than double that. It’s not likely I’d ever pony that up from my own pocket even if I had it.

However, I am able to report the experience was, without a doubt, the best flight I ever had. When we arrived and were being whisked off the plane first, who should make a reappearance but Mr. Turtleneck, shoving his oversized carry-on (containing, what, a month’s supply of black clothing?) in front of me. Did I complain? I did not. With a gracious, “After you,” I waved him on.

I would like to say that hours of heavenly luxury had made me a better person. But in truth I was loath to get off that plane and go back to my decidedly economy-class life.