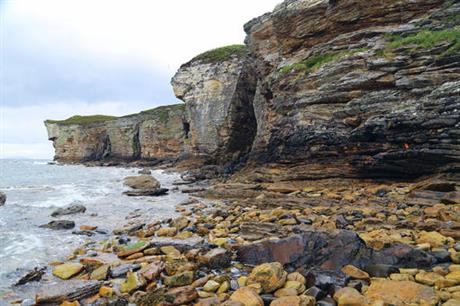 In his latest outing, END_OF_DOCUMENT_TOKEN_TO_BE_REPLACED 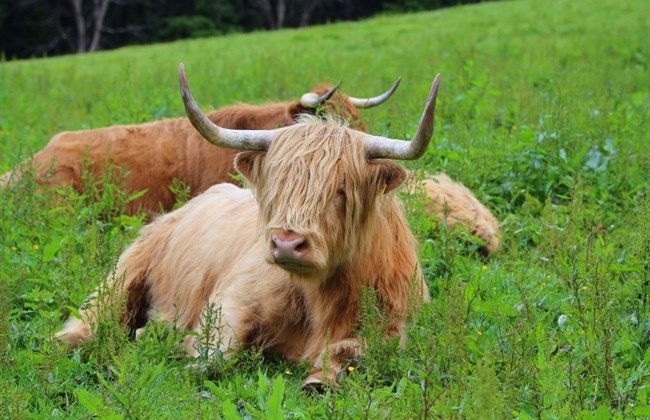 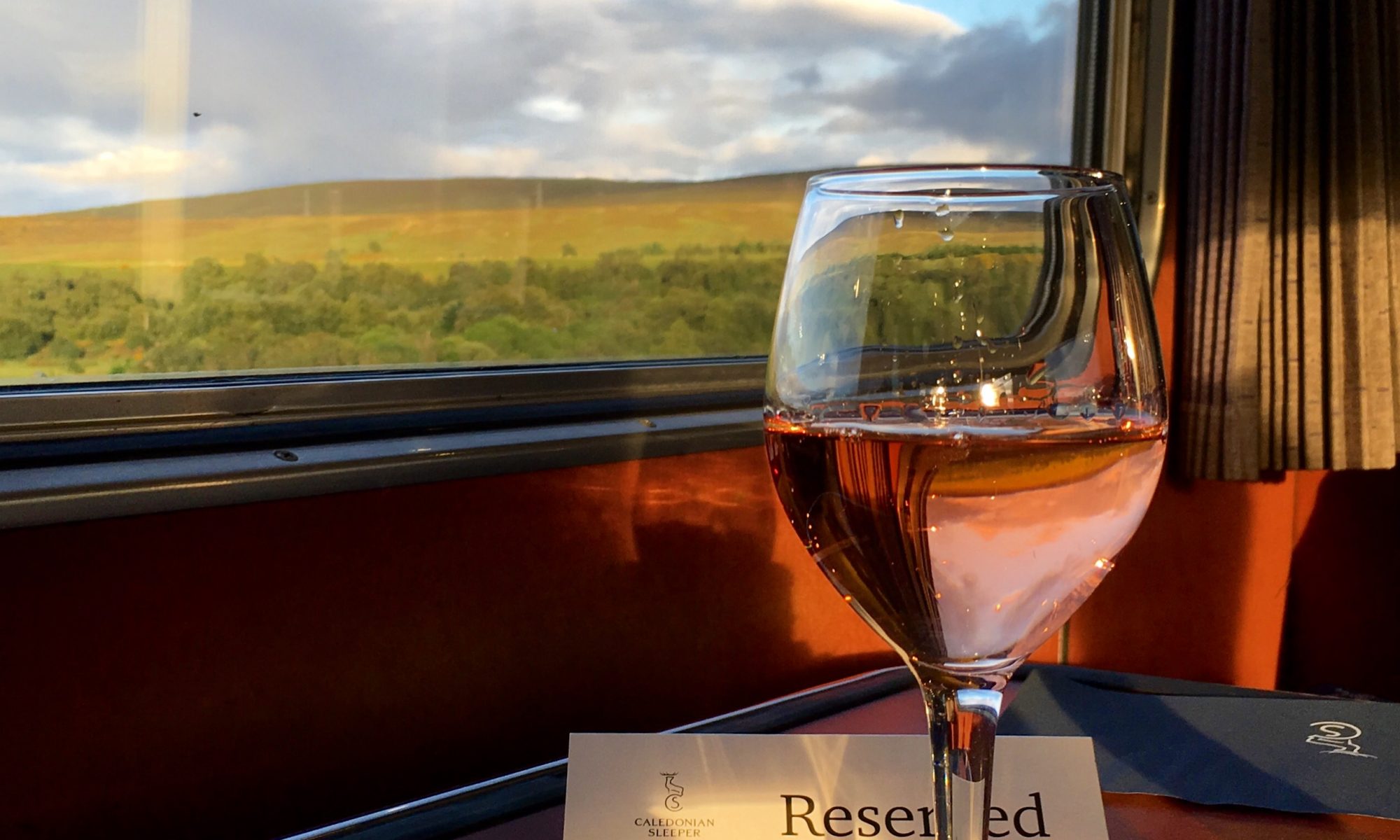 And … it was pretty fun although not quite as glamorous as the website would have you believe. The train runs from Inverness to Euston station in London, and leaves around 8-9 p.m. There’s a lounge across the street from the station where you can wait. It was OK, but not really luxe. I was way early so had a really long afternoon tea at the Royal Highland Hotel next to the station. Lobby was quite stately, and would have been statelier if they’d run a Hoover over the carpet sometime in the last decade; scones were leaden enough to qualify for the periodic table.  END_OF_DOCUMENT_TOKEN_TO_BE_REPLACED

Portree, Scotland (AP) — Bonny Prince Charlie saw Scotland’s isle of Skye on the run. He was fleeing government troops after his Highland rebellion ended disastrously at the 18th century Battle of Culloden.

My visit was hurried, too, although due to nothing more exciting than a tight schedule — no redcoats on my tail.

Luckily, even a short stay is long enough to glimpse why the Misty Isle of Skye is one of Scotland’s most popular tourist attractions.

Here are a few reasons.
Click here to read this story, published by Associated Press 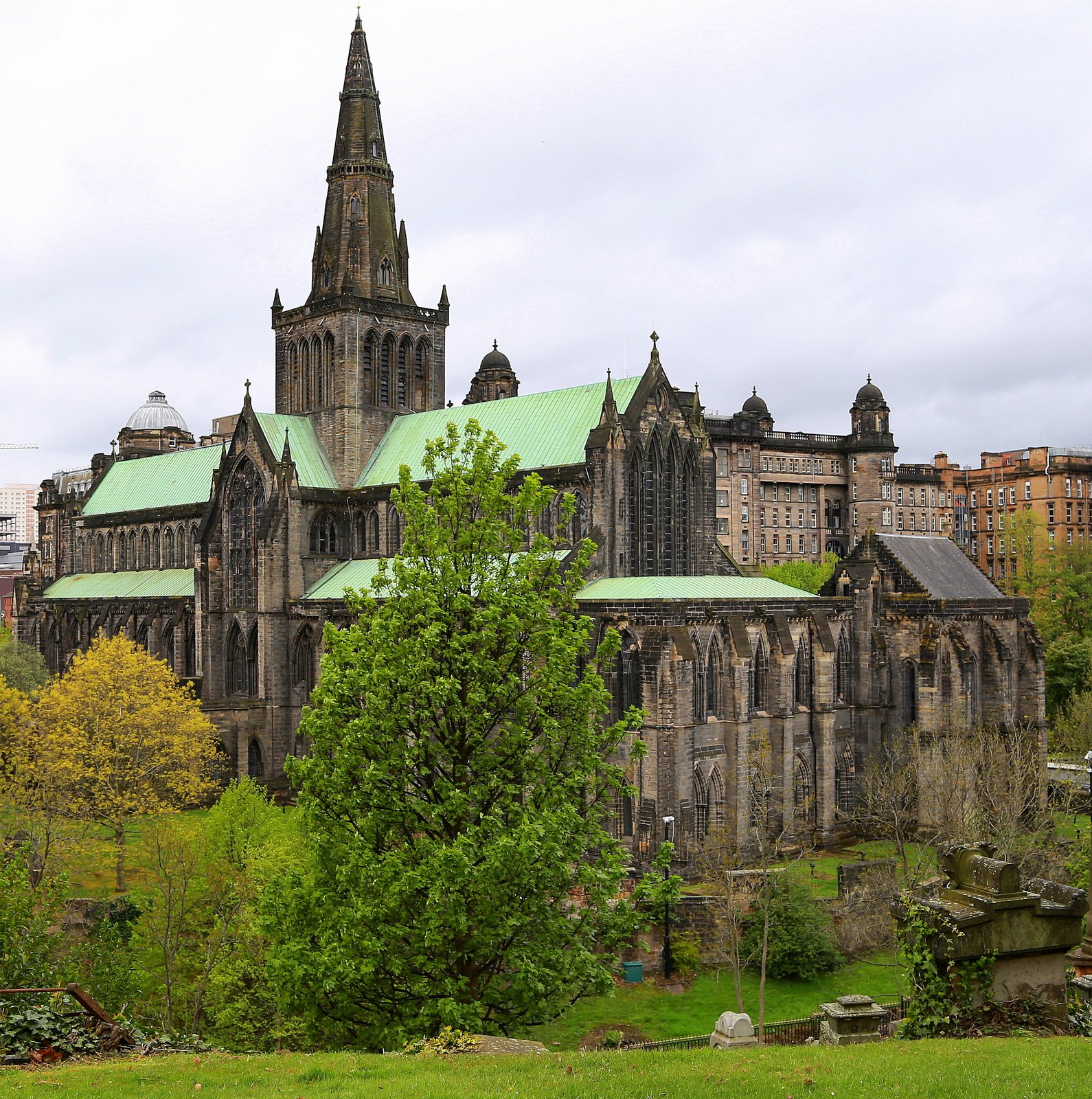 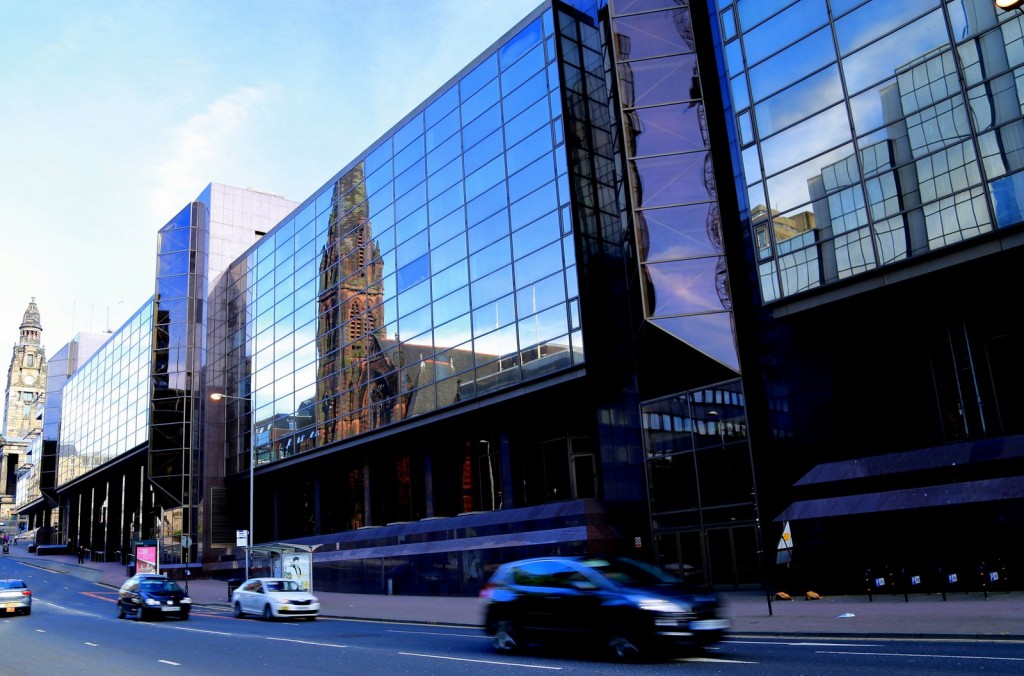 “You’ve been to Edinburgh? Oh, we’re much nicer than them,” declared the driver who met me at the Glasgow airport.

“Mmm,” I said politely, although to be honest I had my reservations about that.

Eighteenth-century novelist Daniel Defoe* called Glasgow the “cleanest and beautifullest, and best built city in Britain, London excepted.” But today the city has a much dimmer reputation as a rather damp, grey and gritty place. When your nickname is the Merchant City it’s hard to conjure up much magic. Even if you are the largest city in a country that has a unicorn as its national animal. True facts.

But I wanted to make my own observations of Glasgow so after the full Scottish (minus the black pudding, you can have my black pudding, thanks) I was up and out and ready to explore.

I spent a fair bit of time just wandering around and soaking in the Glasgow ambience. 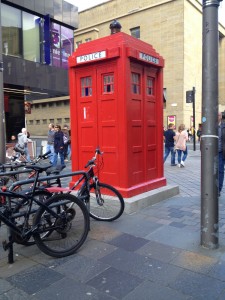 To be honest, there were a lot of police call boxes although they had been painted cheery colors so I guess that’s positive?

In other signs and portents, it seems Glaswegians are not really into eating their

But I wasn’t here for salad. I wanted to try the haggis, that savory concoction made of sheep’s heart, liver and lungs mixed with onion, oatmeal, suet (beef fat), spices and salt, mixed with stock and then cooked inside the sheep’s stomach. (Although modern life being the pale imitation of glory days that it is, it’s usually wrapped in an artificial casing these days.)

I knew it would be offally good and it totally was! Here I’m enjoying it at the Cathedral House Hotel served meatball style and washed down with the local lager, Tennents.

Then it was off to a fabulous pub, The Pot Still, where I was researching a travel article on how to taste scotch.

Yes, that does most definitely count as research. I’m surprised I don’t bust out a white coat on these visits.

The Pot Still has more than 600 whiskies. I tried four, poured for me by the friendly and knowledgeable co-owner Geraldine Murphy. She asked me if I wanted any food to soak up the rocket fuel and suggested a haggis, neeps (mashed rutabaga) and tatties (mashed potatoes) pie. “I love haggis and neeps and tatties!” I said. “That’s you sorted then,” she replied.

Sorted is my new favorite word and I don’t care how dumb Americans sound using British slang. Totally using it.

While I was conducting my scotch studies, two gentlemen of the English persuasion came in to the pub with their large, loud dogs and proceeded to feed said canines drops of beer by hand. They were pretty annoying but no one said anything — although the combined force of our mildly annoyed glances at their table did eventually force them out.

I turned to my neighbor and said, “Gosh, those gents. A bit eccentric, eh?”

This is Scots political humor and we both laughed heartily. (FYI, I am Welsh. With possibly a wee bit of Irish.)

My second task of the day was visiting Glasgow Cathedral and the Necropolis for another travel story. The cathedral was cool and I got to hear the choir practicing which was goosebump-y good. But there is nothing I like so much as a big cemetery so wandering around the Necropolis with volunteer guide Ruth Johnston was a treat. Johnston is a member of the group The Friends of the Necropolis which raises money for restoration.

I went for a quick stroll through Buchanan Galleries, the big shopping center, and walked through Strathclyde University before taking a quick spin through the West End. There is a good deal more of Glasgow to be seen but when you’re busy doing research and eating like a horse you can only fit so much in.

It having been a good two hours since my last haggis fix I felt peckish again so I stopped by the Butterfly and the Pig for tea. The place is in a lavishly decorated Victorian house, in fact the decor is so cute it made me wonder if the food would be kinda blah because that’s often how that correlation goes. But in fact the tea and scones were everything that tea and scones should be. 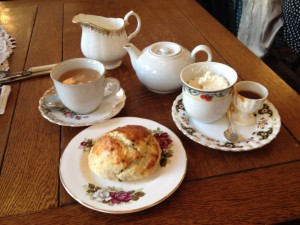 Sitting at the table next to me was a group of women wearing fabulous ’40s style outfits with red lips to match and they explained to me they were having a “hen party,” or bachelorette party, for their friend the soon-to-be-bride.

It was only 5 p.m. and I’d already clocked about five conversations with strangers. This is roughly five more conversations than I managed on a similar visit to London. Actually, come to think of it the only strangers who talked to me in London were Americans.

So the whole “dour Scot” thing was looking pretty shaky.

I finished my day with dinner at Mother India, because what else would you do in Glasgow but go out for Indian food?

Next day it was off to the airport and home to sunny California.

“How did you enjoy your trip?” asked the friendly cabbie as we sped down the motorway.

“Great!” I said. “Someone told me people in Glasgow are nicer than the folks in Edinburgh and he was right.”

“Nicer than Edinburgh?” the driver exclaimed. “Why, the whole wurrrld knows that!”

*Fun fact I learned while researching this post, Defoe was a spy as well as an author and visited Scotland to report back on sentiment toward impending union with England, a topic that remains relevant today.

*Fun other fact: His name was really Daniel Foe. He added the De to sound posher. Should I try that with my full name do you think? Michelle Locke DeHo?

I think I just may be sorted. 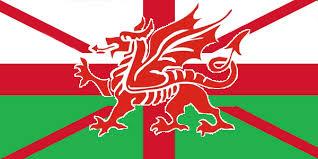 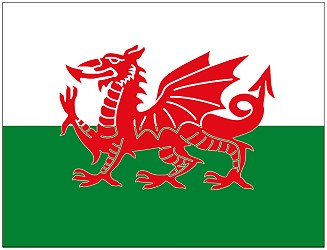 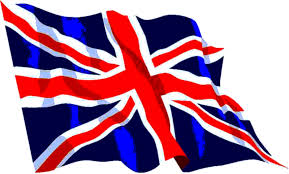 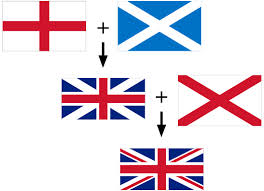 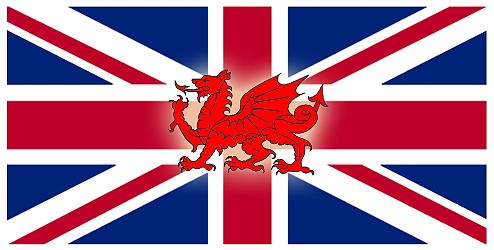 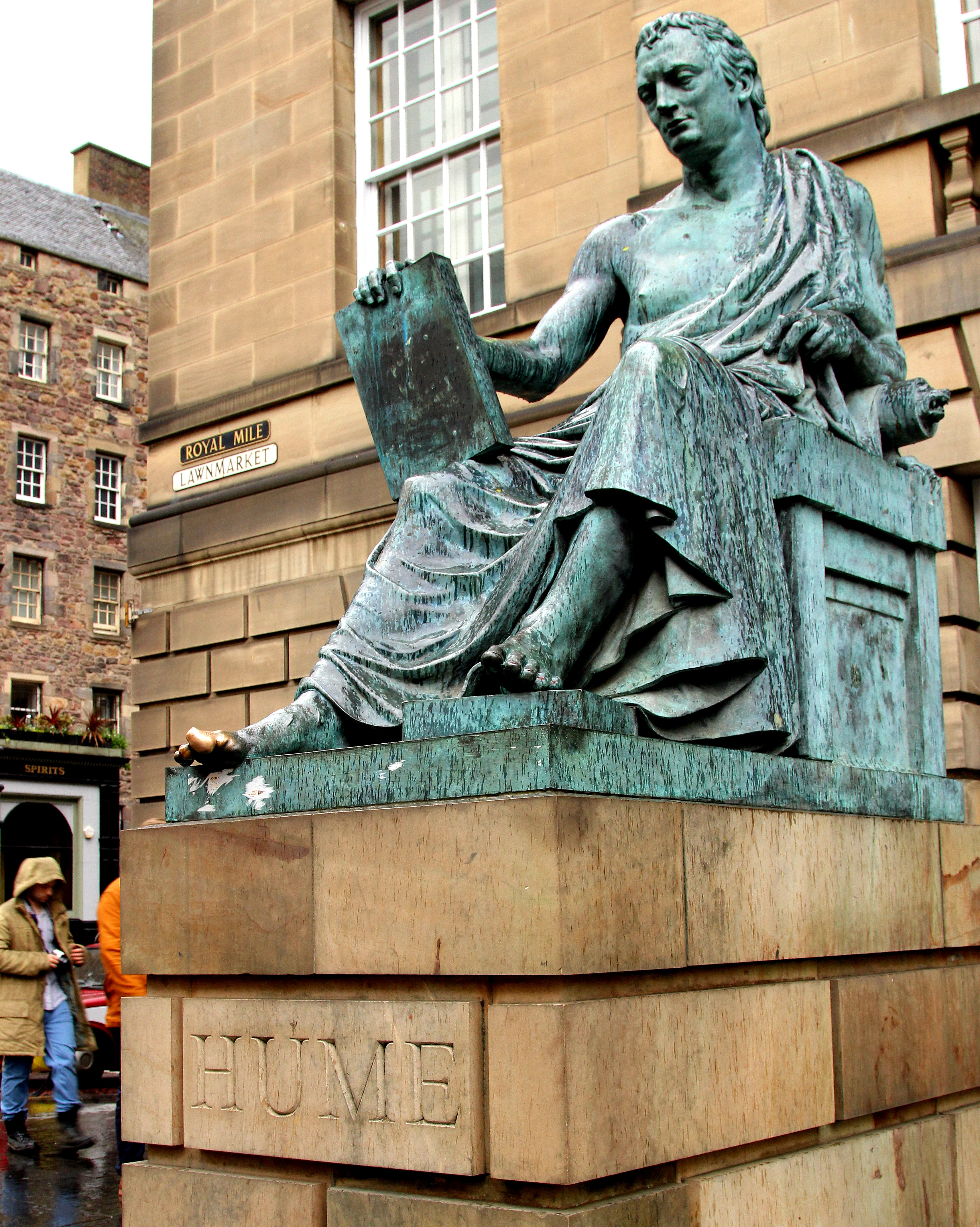 Got a philosophy exam coming up? In Edinburgh, the monumental way to good luck is to rub the big toe of philosopher David Hume’s statue. END_OF_DOCUMENT_TOKEN_TO_BE_REPLACED