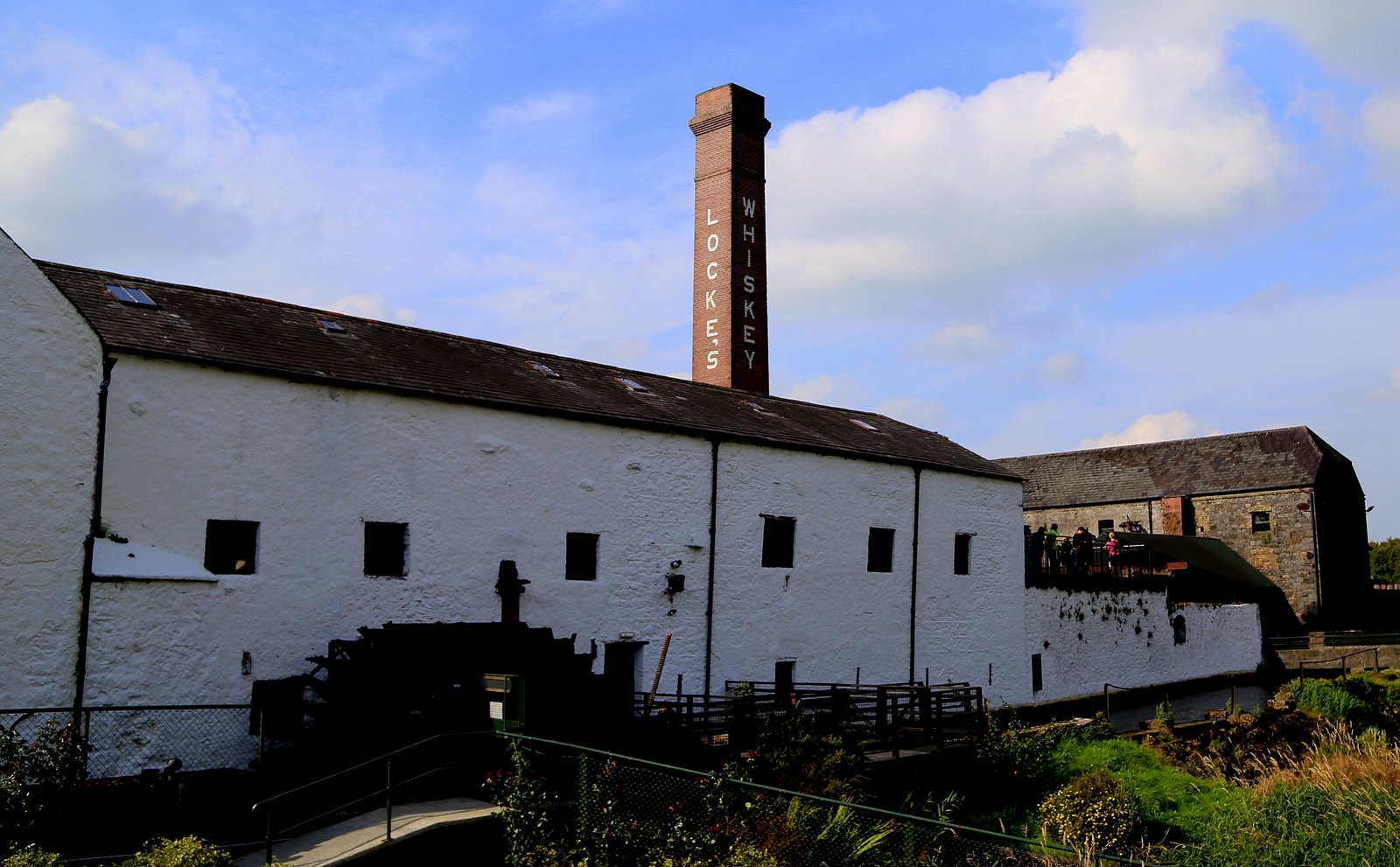 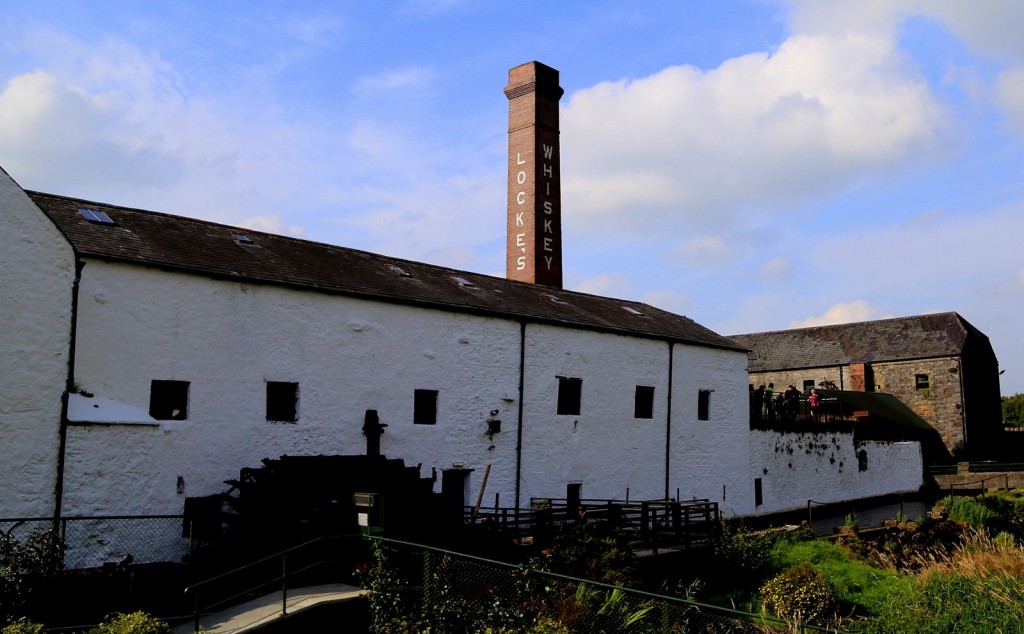 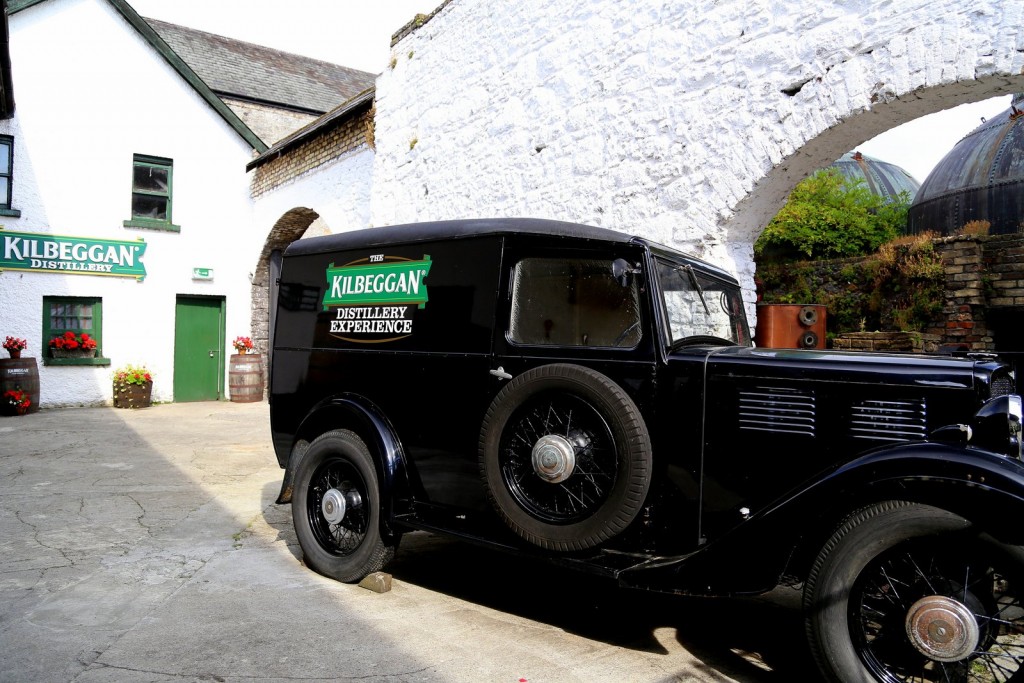 But I was driven in a very fine Mercedes with a burled wood dashboard and bullet proof windows (you could kind of tell from the double edging) and, allegedly, a reinforced steel floor. According to the driver, an ex-cop who still carries his old badge, he got it from an English lord who had security issues.According to that same driver I have very pretty features. Allegedly.

The Kilbeggan Distillery Experience was my favorite of all the distilleries I visited and not just because of the name thing. What makes it different is that although it is bursting with cobwebby history it is also still a functioning distillery. Beam makes a little bit of whiskey here in the old-school fashion, which makes the place seem more lively than a straight-up museum.

Here is the big wheel keeping on churning — I could spend hours here.

Here’s one of the old mash tuns, which is like a giant food mixer that combines hot water with the barley and breaks down the starches in the grain into sugar, setting the stage for fermentation.

Tour options range from bare bones self-guided starting at 8.50 euros to a full-on small group tour that includes lunch and bottling your own 200 ml bottle of cask-strength whiskey for 75 euros. Honestly, if you’ve taken the trouble to get yourself all the way over there I would go ahead and pony up for the Cadillac experience.

Here are some brief impressions from my tasting.

Kilbeggan 8-Year-Old Single Grain: Made of white corn, this was delicate and smooth with hints of candied orange peel.

Connemara: One of the few peated Irish whiskies you’ll come across. Has the distinctive smoky taste but less strident than its Scotch cousins. Long, warm finish.

Locke’s 8-Year-Old: A fruity, light-tasting whiskey wrapped up in sweet vanilla and malt. Not available in the U.S.

So you know what that means.

I’m just going to have to plan another trip.